Last month, I gushed about finding The Standard Designer June 1896 periodical while antiquing with Sra. M. First, I obviously, cannot do simple arithmetic when super excited. The fashion magazine is only 119 years old and not 199 years old, like I mentioned in my previous post. I took a few photographs to share with you, Dear Readers now I am back with eight more pages. Again, there is another page where some dear sweet child used the periodical as a coloring book and took markers to the page. *Has a small quiet heart attack*

Back of Cover Page

Back of Title Page

Yesterday, I planned for a relaxing day. I cleared my schedule, left the cottage untidy and went antiquing for half a day with my future mother-in-law, Sra. M. Oh my goodness! We went to more than half a dozen shops and I wanted EVERYTHING! I was restrained from the fact most of the stores did not accept anything but cash or check, as well as the fact I did not have space in my home for all the things I desired. She and I surmised we would just need to buy another house.–It seems like a legitimate alternative.

I did not leave empty handed. No, sir. We struck gold! On a lark, there was a box of magazines and papers on the floor underneath a beautiful roll top desk. There buried a inch down was . . .  The Standard Designer June 1896. A 199 year old fashion magazine! FULL of lithographs! My heart stopped. I could not breathe. Sra. M told me to calm down and she would take care of it. It is not in the best shape and, horror of horrors, some child used the pages as a coloring book! I nearly died. Regardless, we purchased it for $10. Ten bucks?! For a 200 year old periodical chock full of lithographs of Victorian fashion!–I AM TOTALLY GEEKING OUT RIGHT NOW!!!!

–Ahem. *collects herself*smooths skirt down to a more respectable level of dishevelment*–

Here are a few pictures of the periodical, because it needs to be shared. I cannot keep such fan-tab-ulous-ness to myself!

The equivalent of scratching your Ferrari!

More pictures will come throughout the year, as I am going to take it to my friend who is the director of the local historical society and ask how to preserve it.

This is a topic I love to come back to again and again. If I were alive during the 19th century how different would my life truly be? As much as I adore, the late 1800s, I was born toward the end of the century. . .  to give as many direct correlations this is how it would have probably played out in my Victorian version of my life story

Father: Anglo Railroad engineer; the man who designs them not drives them (and a secret boxer/strongman)

Mother: Stay at home Mexican mother (though was a “labourer” prior–Just for the record, if she knew I penned such a thing, she would kill me, but it is true for the time period)

Older brother: Probably still annoying no matter what time period you place him. Might have been a boxer or a cook

Born in the Arizona Territory; 30 years before it became a State 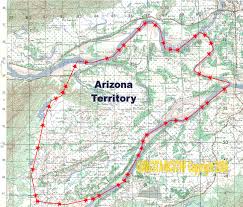 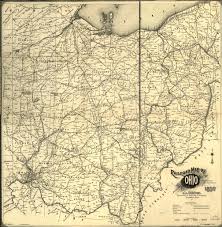 Relocated back to Arizona Territory

Attended a private secondary academy or finishing school, as the first public high school in Arizona is built in 1907.

Enrolled in Northern Arizona University for higher education two years after it was built, studied in . . . Teaching, since Interior Design was not an option.

Matriculated and ventured down to Tucson to obtain a Masters in . . . something, as Librarianship was not identified as a discipline.

Returned home and finished school via . . . letter courses? Since internet and online classes were obviously not available.

Graduated and nine month later landed an occupation in a small town between Phoenix and Tucson.

While there, meet My Mexican Dandy-Sportsman Suitor at a ball.

At the Ball by Auguste Francois Gorguet

As I pour over tomes and professional literature on the public relations, marketing and advertising industry, I am discovering new names for old concepts. The definition of public relations is the creating, elevating and protecting a reputation. In Modern parlance we refer to such professional as a Publicist. The Victorian era called them Mothers.

A Publicist is a strategist; always out to conquer the end game. A Victorian Mother of comfortable means employed the exact same skills. Depending on your perception, she used her children as pawns or had their best interest at heart. “The best” meant financial status; such status ensuring privileges and opportunity. If the children were happy, that was just a bonus. Opportunity begets opportunity, after all. The end game was financial wealth whether by marriage or honest toil (although this last point is a bit subjective). Appearance, dress, education, etiquette, the right parties, their social circle, and the acquisition of status symbols all lead to wealth if a Mother played her cards correctly.

Some Moderns view this as devious social climbing and putting on airs. Others continue to play the game like a chess board; considering they are giving their children the best opportunity to get ahead in life. Which again, is synonymous with wealth. In contrast to the stereotypical calculating Victorian Mother, Moderns place more emphasis on the children’s mental well being. The Victorians are not depicted as being so sentimental. Both then and now, girls bare the burnt  of these manipulations but male children are not spared the influences of power hungry parents bent on bragging rights (or simply “providing them opportunities.”) These children perpetuated the Family Publicist ideal, instructing their own children in the art, with noticeable differences that pervade each generation. They all wanted to protect the reputation of the family name and image. Some call it shallow, others deem it necessary; regardless, the skills and the parental teaching there of, have diminished greatly in present day.

What do you think? Is Personal Branding any different? What would Mrs. Astor or Mrs. Vanderbilt do?

I can recall a few years past lamenting to my cousins, how when I feel horribly unwell, I either become flushed with fever or ghostly pale. Well, more pale than usual. Oddly, it is during these rare bouts that I often receive numerous compliments on my appearance. It has always been thus since I was a child. I sighed, “Do you not hate it, when you are feeling under the weather and people keep remarking on how beautiful you look?” The sisters stared at me blankly. Mlle V said flatly, “No. I cannot relate. When I am unwell, people say ‘Gosh V, you look like sh–.'” Her elder sister, Mlle A concurred, “No. I cannot say any person has complimented me when I am ill. Ever.” So it is just me then.