Have you noticed? The new permanent structured posts?

As much as I would love to flood 19th Century Modern with photographs of my new pupper, I do not want to be “that person.”–Beaux has his own Instagram account to fulfill “that dream.” (Look us up at ‘beauxdiddles’!) However, once a month I plan to scribble down a post about the wigglebutt. It will be the first structured post of the month. The posts featuring Beaux joins Mute Mondays, Shopping, News, and Pre-Reads (and my semi-month preview of 19th century related movies and television series). Beaux’s posts will always be on the first Monday, Wednesday, or Friday of the month (which ever comes first), since those are my usual posting days (not always, but that is the aim). If the earliest day of the month falls on a Monday, I will just share a just a picture of him as part of a one-two punch with Mute Mondays.

So expect getting-acquainted stories, Halloween costume ideas, and a photo album’s worth of birthday  parties! I would gamble there will be some derpy images and endearing anecdotes along the way.

Below is the photo of him that tested highest in focus groups.

Oh you better believe “Fetch” is going to happen! Today is the first day of Winter! It also the first time a “word-cross” (known in modernity as a Crossword Puzzle) was first published.  During the Edwardian era, Englishman Arthur Wynne moved to New Jersey, United States to work for the newspapers. He was in charge of the light-hearted fun section of the Sunday edition. On December 21st, 1913 his first word-cross puzzle debuted!

To honor Mr. Wynne, I have created my own short crossword from the top posts this year. Links to said posts are included to assist you in solving the puzzle. You may want to print the puzzle out before heading to all the links and filling out the game. The image is simply an image, not a form that can be filled out. . . My technology skills do not extend that far. This is my first attempt at something like this.–Be gentle.

END_OF_DOCUMENT_TOKEN_TO_BE_REPLACED 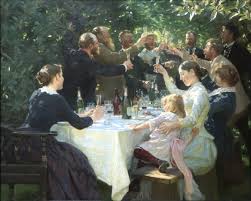 It is time for a celebration! Another year has passed. 19th Century Modern has been around for a total of four years now. I started this blog on September 17th, 2012; the day after I turned 30. My! How so much of my life and this blog have changed! I am sharing many of the Yearly and All-Time Stats with you, Dear Readers. I will also include some backstory, insights, and musing below in my interpretation of the data. Look for special shout-outs and links as well.

END_OF_DOCUMENT_TOKEN_TO_BE_REPLACED

I changed the 19th Century Modern Header. . . as if you didn’t notice. “Doyenne” makes her appearance! Think of it as a calling card from me to you.

For those who have been with me for a while, know I planned to update this blog along with the new chapters in my life. While, I thought my next installment was wedded bliss, it was not to be. Nevertheless, this is a new chapter! So let the changes begin and the character arch flow!

Slowly, but surely, I will be updating my pages. I’ll still provide 19th century inspired posts with a modern twist and smatterings of my personal life as I continue along. Things can only get better from here on out, right? . . . Right???