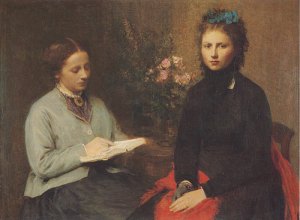 A Leitura by Henri Fantin-Latour, 1870

Pre-Reads are here! Can you feel it? Just likes these lassie’s here. The excitement is practically palpable! Okay, so maybe some of us are not quite “feeling it,” but pre-published 19th century inspired titles are now up for display.

For those new to the blog, every month, as a nod to my Librarian profession, I post a list of newly published or soon-to-be published titles set in the 1800s or there-abouts. Eight fiction, eight non-fiction books that are highly reviewed from Library Journal, Baker and Taylor Firsts, Kirkus Review, Amazon, and Publisher’s Weekly. Summaries and reviews are taken directly from these sources. The list is alphabetical. As these are new books, I have yet to read any, but I will note which ones are on my To-Read-List and which if any I ordered for the library I work at. (My demographic prefers fast-paced mysteries and romance, so it is a big deal when I purchase a 19th century title.) Which ones are you most interested in reading? Be sure to leave your answer and/or reviews in the comments. I apologize if some devices, make the layout appear wonky.

END_OF_DOCUMENT_TOKEN_TO_BE_REPLACED

Reading a Book by James Tissot

Given my neglect over this month due to out of state company and more of life’s craziness, this last week seems to be a packed. Playing catch up! Yeesh, just when I think things have died down, they haven’t. It does not help that I have a stack of 30 books in the corner of my room to be read. No joke! The perils of being an avid reader. *sigh* Which brings me to this post! The Famous End of the Month Pre-Reads post! Below listed are some sixteen titles, eight fiction, eight non-fiction of the 19th century variety. All books are highly reviewed and have come out this month! In the case of non-fiction, some are being re-released. Utilizing Baker and Taylor, Publisher’s Weekly, Library Journal, Kirkus Review, and Amazon, I’ve amassed March’s coveted list. There were so many books coming out this month, it was unreal. Truly, I had to narrow down the top eight fiction from a pool of four times that amount of fabulous books, disregarding the bigger heap of general 1800s-inspired fiction that is coming out in time for Spring. I made a point to offer you readers a well-rounded collection from which to choose from. So they are not all Christian Romance (not that there is anything wrong with the Christian Romance sub-genre!) The biggest surprise of the season? The Bronte sisters are having their moment! I have included three on the list, but in fact there were many more. So move over Jane Austen! In the Non-Fiction Category, biographies reign supreme. It was far more difficult to find highly rated Regency and Victorian theme books for the general adult demographic this time around. Better luck  next month. Summaries and reviews are taken directly from the cited sources mentioned above. I have not read any of these and cannot, in good faith, recommend one over the other. However, just at a glance I would love to get my hands on Jane Steele and the Immortal Irishman, already a New York Times Best Seller.

END_OF_DOCUMENT_TOKEN_TO_BE_REPLACED 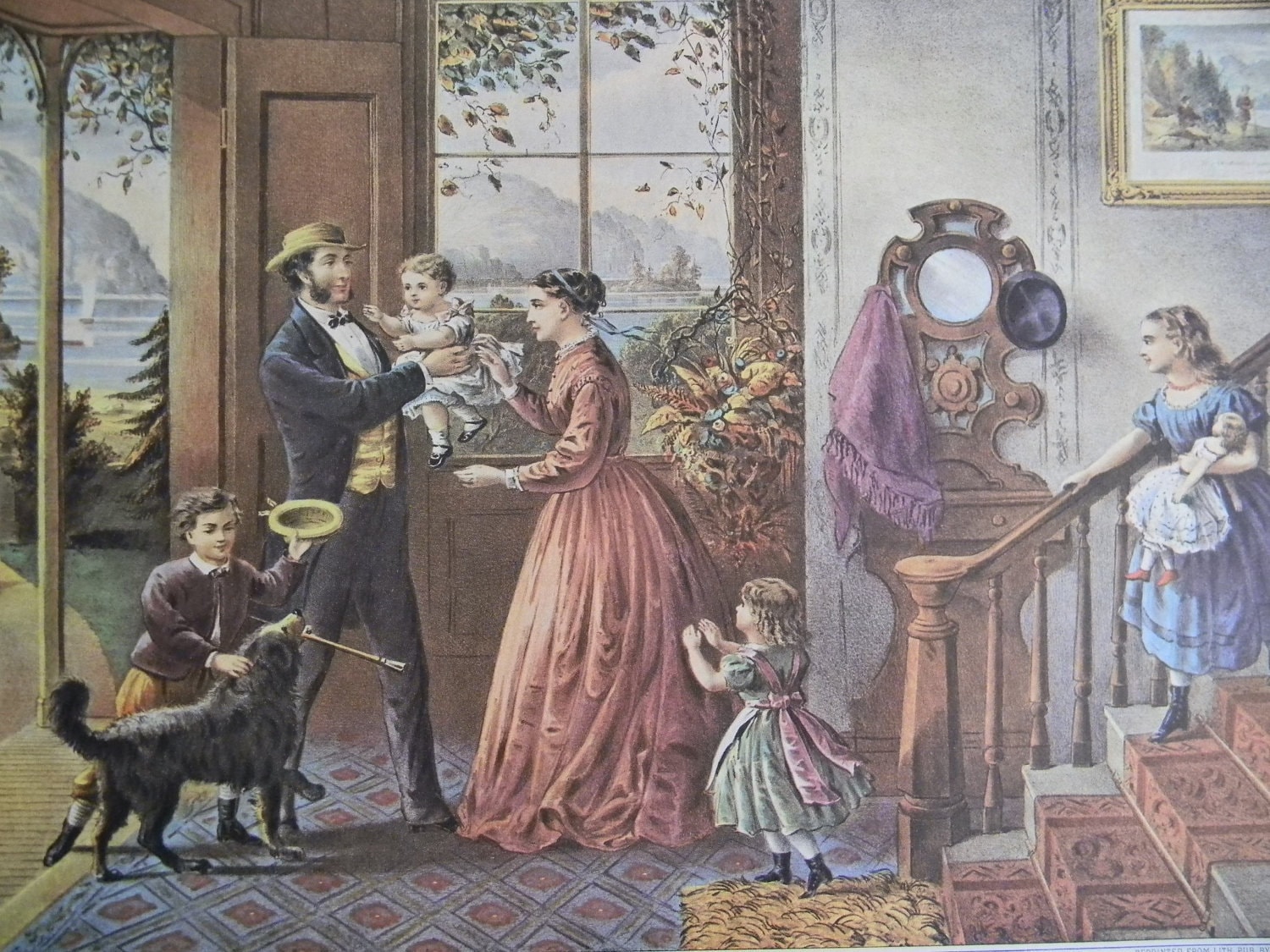 Season of Life Middle Age by Currier and Ives

According to the dictionary,

The word was coined in the middle of the 19th century and is often related to “folksy” items that can be found in nearly every antique store in the United States. Many times Americana includes a wooden (Native American) Indian sculpture, needlepoint, eagle motifs, and Southern or Southwestern themed pieces. Modern classics from the 1950s fall into this category, such as license plates, 50’s diner memorabilia, and other “vintage” material.

Of course, for this month’s shopping post, I am focusing on the 19th century items. All pieces seen below are from my favorite online antique store; Ruby Lane. Depending on when you visit this page, the items may already be sold and the page removed. This time around, I just selected eight pieces that appealed to me regardless of price. In other words, the items are out of my own budget!

First, Annie Oakley hat and glove set. Famed, for her sharp shooting, Annie Oakley was a star in the Wild Bill Cody’s touring Buffalo Bill’s Wild West Show. The Broadway play, Annie Get Your Gun was inspired by her life. The Butcher, the baker, and the candlestick maker . . . This belongs to the latter.

Keep your eye on the (iron) target. A rare find. You should walk a mile in my shoes. Beautiful men’s moccasins.

Point me in the right direction. Folk needlepoint birds.

Lastly, a stunning Southern quilt in the colors of the American flag.