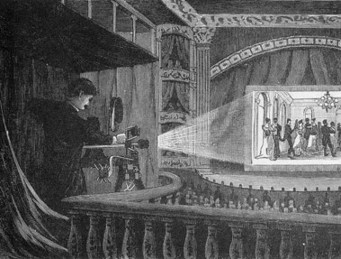 One would hope from the popularity of the BBC’s Victoria television series more 19th century films would be in the works or at least close to completion to slack the public’s thirst for historical dramas, whether they be biographical or fictitious. Alas this does not seem to be the case. In fact, my list of upcoming viewing is rather far off. What is most peculiar is there seems to be quite a few debuting this year, but actual release dates are extremely difficult to come by. Ordinarily, I would only list eight shows or cinematic productions what were soon to debut; as in coming out in the next three months. I am only including four titles, which one does not have a definite opening slot. Perhaps in the next two months, the companies will have the courtesy to make an executive decision for debuting times.

Slated to debut on April 14th, Tommy’s Honour is the story of two timeless dynamic Toms in an intimate, powerfully moving tale of the real-life founders of the modern game of golf. Starring Sam O’Neil of Jurassic Park and The Horse Whisperer fame, Peter Mullan (War Horse) portraying the older Tom Morris, and rising Scottish star, Jack Lowden, last seen in the War and Peace Mini-Series, as the young Tommy Morris. In every generation, a torch passes from father to son.

Expected to be released in theaters on June 30, The Beguiled is a Western drama during the American Civil War. “While imprisoned in a Confederate girl’s boarding school, an injured Union solider cons his way into each of the lonely women’s hearts, causing them to turn on each other, and eventually on him. This is made entirely more believable with Colin Farrell cast as said soldier. Honestly! House hold names, Nicole Kidman, Kirsten Dunst, and Elle Fanning are those lonely women the summary speaks of. To add even more interest to this film, Sofia Coppola adapted and directed it! As a Librarian, I have to add this a book adaption from the novel of the same name by Thomas Cullinan. The movie poster is just scrawling script of the title, to add intrigue, I used Colin Farrell’s best “Mr. Steal-Your-Girl” screen shot here.

Originally, this film was going to open in February, then it was pushed back to June and now it is moved to July 14th. My Cousin Rachel is a novel adaptation by the author Daphne du Maurier. It chronicles a young Englishman’s revenge plot against his mysterious, beautiful cousin, believing she murdered his guardian. But his feelings become complicated as he finds himself falling under the beguiling spell of her charms. Rachel Weisz stars in the titular role, with Sam Claflin (from the Hunger Game series) and Holiday Granger (made famous from her Lucrezia Borgia role) round out the cast.

Now for the thrilling television min-series that will debut sometime this year . . . Brought to you by the CDC and Netflix, Alias Grace is based on the true story of Grace Marks, a housemaid and immigrant from Ireland who was imprisoned in 1843, perhaps wrongly, for the murder of her employer Thomas Kinnear. Grace claims to have no memory of the murder yet the facts are irrefutable. A decade after, Dr. Simon Jordan tries to help Grace recall her past. Filmed in Canada, headed by Canadian actress Sarah Gadon (known for her role in the 2014 movie, Dracula), Zacharey Levi (whom we all fell in love with in Chuck series, but might be more wildly known as the voice and physical inspiration for Flynn Rider from Disney’s Tangled), and Edward Holcroft (previously seen in Kinsmen: The Secret Service and Wolf Hall). Anna Paquin makes an appearance. Yet another cinematic adaptation of Margaret Atwood’s book.

4 thoughts on “Scoping the Victorian Scenes”