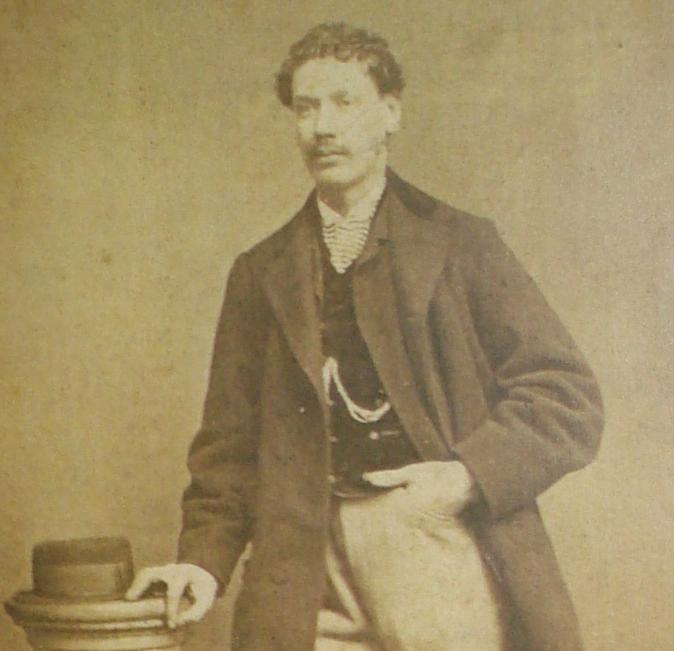 Perhaps you have heard Curly Sue, but have you heard of Curly Bill? Let us just say he was not as sweet as Sue. Below is a real account, via private diaries and letters of one of Curly’s little escapades. All in good fun for a gang of outlaws. Outlaws who had a number of conflict with the famous Earp family of Tombstone, Arizona notoriety. Source listed below.*

Fresh out of jail in Tucson, Curl Bill Borocius leads a group of cow-boys back to the San Pedro River, where they take it upstream and stop at a church four miles from Charleston.

Dismounting and going inside, Curl Bill followed by his gang, demands the parson “stop his talk” or Curly Bill “will shoot an eye out.”

“You’re a pious sort of man. I’ve been told, but I want to test it,” says Curly Bill, according to the May 21, 1881 , San Francisco Daily Report. “You just naturally think of the Savior will my bazoo [gun] works, and at the same time pay a little attention to me.” The minister agrees.

“Now stand perfectly still and you won’t get hurt,” Curly Bill says, “Don’t move a peg or this congregation will be without a gospel sharp. Do you take?”

The two cow-boys begin firing, with the shots striking the side wall above and on either side of the pastor’s head, some coming within an inch of his cranium. The minister never flinches, only to lift his head toward the roof for a prayer.

When the gunfire stops, Curly Bill says “You have given us an evidence of piety which shows that your have chewed the Bible to good advantage.

“I’m damned if I don’t like your style, and if you don’t climb up to the good place, it’s because the seats are already filled. Now step down on the floor, my pious friend, and we will have the doxology.

“Come right down,” says Curly Bill, when the minister hesitates. “It hasn’t cost you a cent, and Peter, my Christian friend here, will provide the music.” He points to his pal. The minister steps to the floor and folds his hands as Curly Bill lays out his next command. “Now dance a jig, and see if you can’t discount Solomon in all his glory.”

The minister finally protests. ” I can’t dance. You know not what you ask.”

“Oh, that’s all right,” Curly Bill responds. “Do the best you can. Dance anything, only dance, you must.” Curly Bill pulls his gun, and the minister begins shuffling his feet, continuing until Curly Bill orders him to stop.

“My friend, your piety is of the right stripe. It pleases me to find that this congregation has such a worthy man to guide its spiritual affairs. Now go right ahead with your gospel chin music and proceed with your bible lessons to the kids.”