Fall and Winter come with a slew of holidays, celebrations, and philanthropy movements. During the month of November two different but similar charities come into play; Movember and No-Shave November. Movember is actually a year-round movement, but is often spotlighted during this month. It began in 2003 by two Australian men, Travis Garone and Luke Slattery, to raise awareness about men’s health (finding a cure for cancer (mainly prostate cancer), depression and anxiety, mental health) specifically tied to growing a mustache. You can click here to find out more the Movember Foundation.

In contrast No-Shave November encourages participants to grow a wildly fabulous beard or for the women to just let it go. The idea was all the money used for grooming that month could be donated to the non-profit organization. The charity was started in Chicago by a family in honor of their father whom they lost to colon cancer. You can get started at their website No-Shave November.

So in the spirit of fun for a good cause, here is a Steampunk twist to get your gears turning and inspire some magnificent ‘staches and full out beards, because November men are more than just a lumberjack. One of the originals! From the film Wild, Wild West 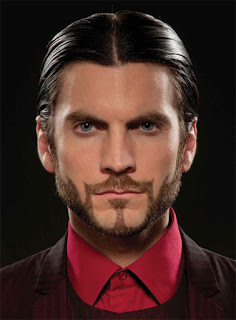 Technically, this is post-apocalyptic future fuzz (from the film the Hunger Games), but it could pass for Steampunk