Intermission at the Comedie Francaise by Honore Daumier, 1858

It has been nearly five months since I have posted about up-coming movies and television shows with a 19th century inclination. I simply could not locate eight shows or films at the time. So today will be a little bit different with some retrospective listings that perhaps were missed previously. On the bright side, many of these programs are now available online for viewing! The timing for the actual release dates may be off, so I apologize before hand, since different media outlets claim conflicting reports. If anyone has their own personal review of a television show or cinematic film listed below, we would all love to hear it about in the comment section! If you have a tip off for upcoming performances that need extra attention, please email me at doyenne19cm@gmail.com and I shall include it on the next go ’round. I currently have a list of over 51 projects that are either in development or slated to premiere next year. Some of these will be spotlighted in December. Keep your eyes peeled! 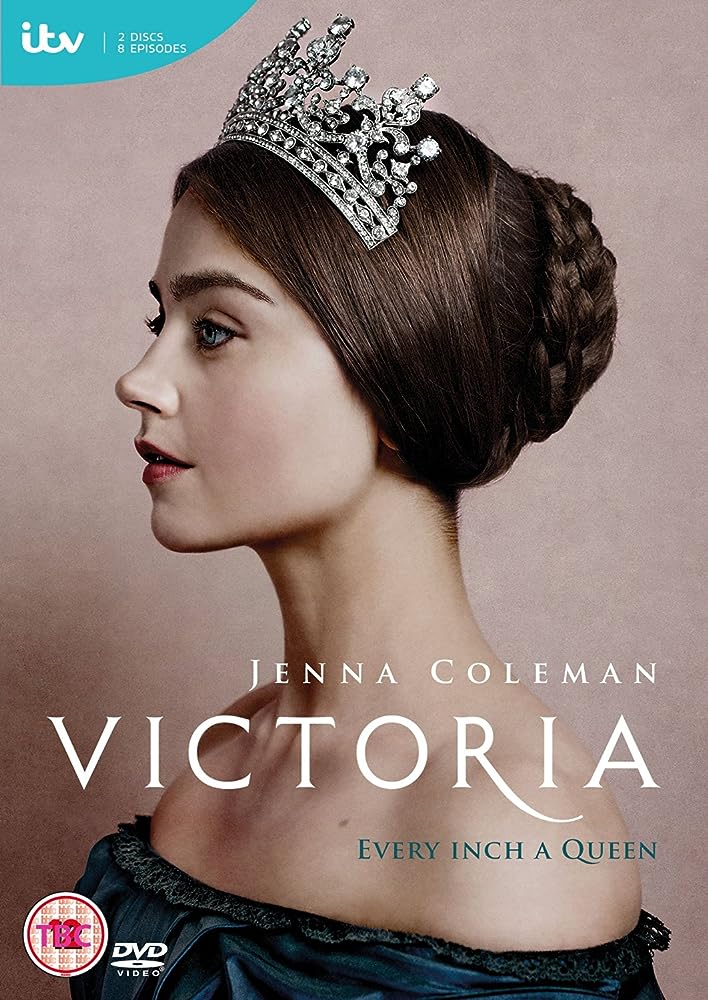 We’re talking about “The Queen” here. A biographical drama on the rise of our beloved Alexandrina Victoria played by the far too beautiful Jenna Coleman (Me Before You and Doctor Who). The series which has been signed on for another season chronicles the upbringing of the would-be monarch, her accession to the throne at 18 and her courtship and marriage to dear Prince Albert, depicted by Tom Hughes (About Time and Sex, Drugs, and Rock & Roll). The series premiered earlier this year on January 17th. –Side note, Jenna Coleman is a whopping 5’2″ (1.57 m) three inches taller than the real petite regina at 4’11” (1.49 m). Also my comment about Ms. Coleman’s appearance. . . Fergie’s daughter, Princess Beatrice is the closest living relative of the late Queen who resembles her the most.

This mini-series debuted back on June 11th. “It provided unprecedented access to the wilderness, frontier lawlessness, and bloodshed of the 40 years between the end of the American Civil War and after the turn of the 20th Century, when the west was won. From Jesse James and Crazy Horse, to Wyatt Earp and Buffalo Bill, the characters at the center of this violent, blood-soaked period in American history are explored as each episode follows the stories and struggles of the West’s most infamous outlaws as they fight for their land and identity.” The American West was produced by Robert Redford and stars David H. Stevens (Redemption and Punch Drunk Love) as the notorious Jesse James and Mo Brings Plenty (The Revenant and Cowboys and Aliens) as Sitting Bull.

Also in June, this horror television series started, featuring Colin Morgan (Legend and Merlin) and Charlotte Spencer (Dark Shadows and Les Miserables). Clearly, I was asleep around June 28th, since I obviously missed a few good nuggets of 19th century viewing! –“When a young couple inherit a farm, they are determined to turn it into a success, but strange supernatural forces soon intervene, threatening their marriage and their lives.” It is unsure at this point if the BBC thriller series will be renewed for another season. Fun Fact: A few episodes of this series was shot in the same location as the series Poldark and the mini-series Wolf Hall.

While technically this covers more 18th century than it does 19th century . . . William Clark is my ancestor and I need to give this a nod, especially since it rated extremely high! “This musical comedy weaves together sharp satire and heartfelt storytelling into a grand adventure. Through ten original songs, the film follows gruff explorer William Clark and his naturalist companion Meriwether Lewis as they blaze a trail to the Western waters. Along the way, they encounter the wise Sacagawea, battle the elements, and find that President Thomas Jefferson has some surprises up his sleeve.” Jeremy Hoffman plays my awe-inspiring ancestor, William C. Clark (I believe that would be the gentleman in the fur cap) and Kevin Abrams recreates Meriweather Lewis.

This horror film staring Olivia Cooke (Bates Motel and Me, Earl, and the Dying Girl) and Bill Nighy (Love, Actually and Harry Potter and the Deathly Hallows) along side Douglas Booth (Pride and Prejudice and Zombies and Jupiter Ascending) came out last month on September 10th but originally debuted at the Toronto Film Festival to critical acclaim. “A series of murders has shaken the community to the point where people believe that only a legendary creature from dark times–the mythical so-called Golem-must be responsible.” 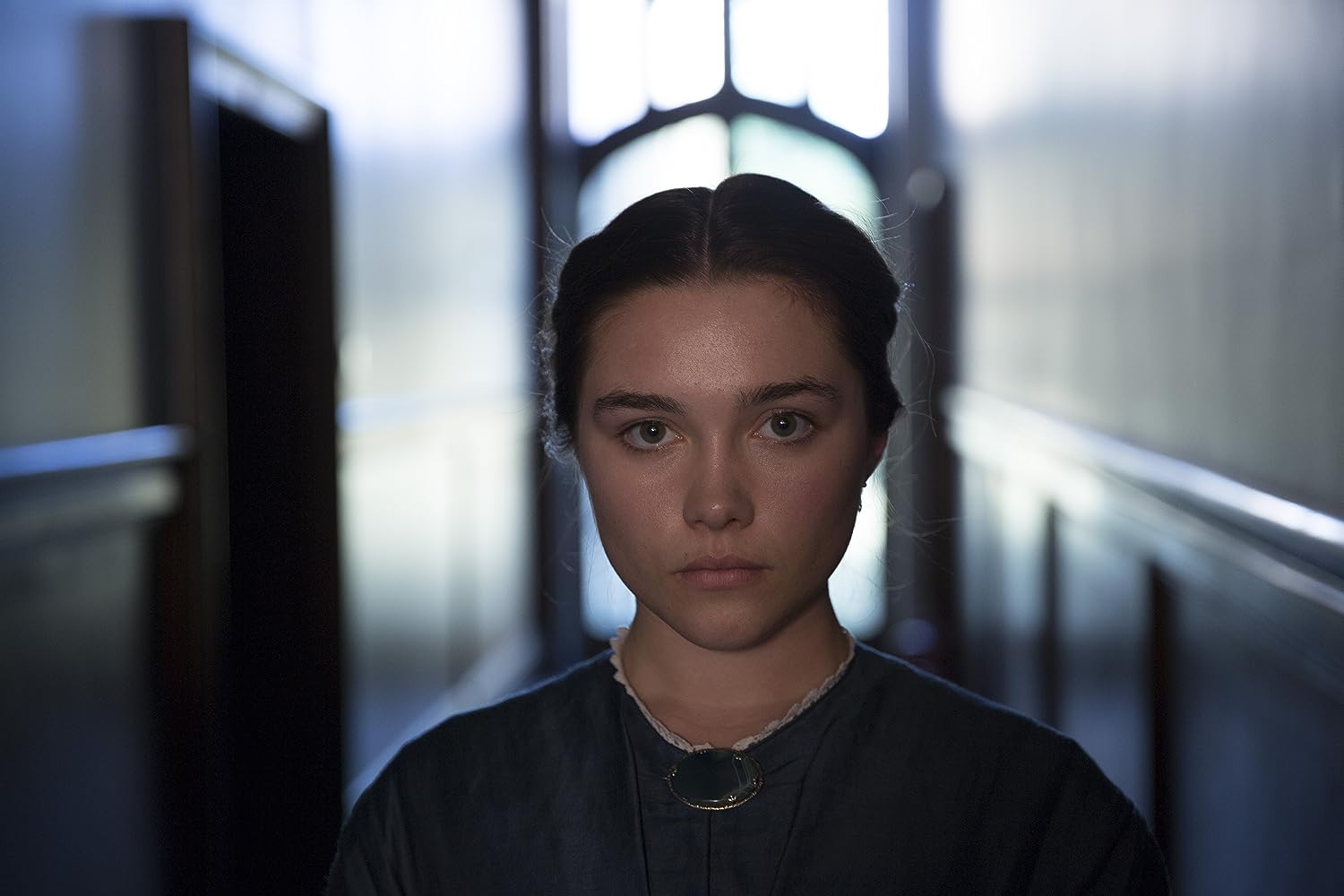 Another Toronto Film Festival entry! So again, this also premiered back on September 10th. It also received many praises at the event. Lady Macbeth has won three international awards. “In this adaptation of Nikolai Leskov’s novella ‘Lady Macbeth of the Mtsensk’, a 19th century young bride is sold into marriage to a middle-aged man. ” Florence Pugh (The Falling) plays the lead role along with Christopher Fairbanks (Guardians of the Galaxy and Alien 3) and Cosmo Jarvis (MI-5).

This biographical French drama appeared last month as well on September 28th. The film chronicles the decade-long friendship between friends, 19th century impressionist painter Paul Cezanne and novelist Emile Zola and traces the parallel paths of their lives and careers from Aix-en-Provence to Paris. Guillaume Canet portrays Zola while Guillaume Gallienne. Alice Pol (A Perfect Plan) also stars. Fun Fact: The movie was filmed at Cassis, Bouches-du-Rhône, France, which was featured in 28 other programs, including The Transporter and The French Connection. 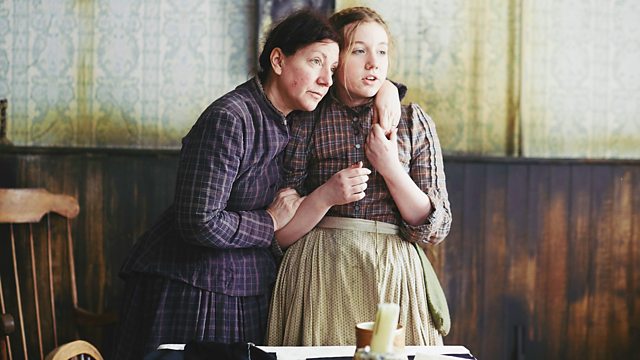 The reality series premiered this week on BBC2! Did you miss it? Me, too! “In the heart of the modern East End of London, a Victorian slum has been recreated and a group of 21st-century people are moving in. Michael Mosley joins them to tell the extraordinary story of how the Victorian East End changed our attitude to poverty forever.”