BOO! Pre-Reads are here! Perhaps it is more accurate to say that “recently published” books are in. When I started doing the now highly anticipated Pre-Reads post they were titles that were going to be published a month or so in the future. Those posts were just summaries but reviews were difficult to come by. Alas, I have landed a more methodical and well-reviewed way to obtain titles. Now, I can say these books are highly reviewed and worth your while. However, I have still not read any of these titles, so what some reviewers claim as the next great American novel, I may not actually agree (assuming I ever got the chance to read any of these). To my own credit, I have purchased some titles from the Pre-Reads for my library (that is, the library that employs me, not my home library–which currently sits in stacks all over the home office, whilst I still wait for my built-in book shelves). The fiction titles are by far, easier to access by publishing date and reviews. The non-fiction titles still retain the mystery of the un-reviewed summary format of the original Pre-Reads. Either way, add some of these to your growing To Read List. If you have read any of them already, do share your thoughts!

END_OF_DOCUMENT_TOKEN_TO_BE_REPLACED

“James Heyward’s two loves were books and hunting. He spent long hours in the library of his mother’s city home, then rode into the country to go bird hunting in favorable weather. Mrs. Heyward was accepting of her son’s routine even though in one way she was disappointed. Her husband, William, had been killed in the American Revolution, and she hoped that James, her favorite child, would assume responsibility for the family’s rice plantation. James, however, had no interest in planting.

At the end of the war, the widow Heyward built herself a comfortable two-story house at 31 Legare Street. She had many friends in Charleston and she loved entertaining and being entertained. Although her social calendar was always filled, she welcomed visits from her children and, of course, saw James regularly.

On the morning of January 14, 1805, Mrs. Heyward went into the library as usual. She saw her son seated at his desk in the alcove. He held his head in his hands. She wondered why he was still there since he’d told her that he and a friend were going out to the plantation early to hunt quail.

“James,” she said, walking over to him. “I thought you’d gone to the plantation. Are you ill?”

Young James did not answer.

Furthermore, when his mother reached out to him he vanished. The chair was empty!

Mrs. Heyward screamed, then fainted. The servants called a doctor, but by the time he arrived the woman was sitting up in a chair. Yet Mrs. Heyward knew that something had happened to James. The vision she had of him in the library was a warning of danger. She begged the doctor to ride out to the plantation to check on the boy’s well-being.

At that moment, footsteps pounded across the front porch. The door swung open and the body of James Heyward was borne into the front parlor by plantation workers. The young man’s grieving friend trailed behind.

As the men had galloped across a field that morning, he told Mrs. Heyward, James’ horse had shied at a cow that appeared suddenly in front of the riders. James was thrown from the horse and killed instantly.

Mrs. Heyward found that she had “seen” and spoken to her son that morning at the precise time of the accident.

Now, two hundred years later, James Heyward still returns to his beloved books. His ghost in the library of the house at 31 Legare Street appears comfortably situated while he reads, or sometimes gazes absently in the distance toward the plantation and hunting trails that vanished long ago.”

All Hallows Eve is less than a fortnight away! While we Moderns have taken pains to remove the sinister bits about Halloween from our culture and vocabulary; it is still a very superstitious holiday. Victorians were the first to slowly exorcise the devil from the annual observation, however it was still a time fraught with danger and drenched with death. As such, the 19th century saw a much more serious take on the holiday even if it was “just for fun.” If you are in the midst of throwing a bash, here are some shopping recommendations to add a bit of an edge . . . as any 19th century citizen would.

END_OF_DOCUMENT_TOKEN_TO_BE_REPLACED 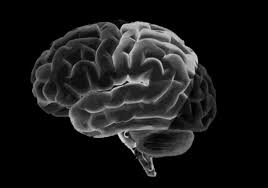 Taken directly from Historic Haunted America by Michael Norman and Beth Scott (p.211). These are supposedly true stories recounted by word of mouth over the years and/or written down for posterity in some frightened person’s journal.

“In the Summer of 1880, John Cochran passed away. He had been visiting the C.H. Lane family of Pawnee City, Nebraska and died in their home. Since the cause of death could not be readily established, an autopsy was performed by four physicians. Cochran’s brain and heart were removed and taken by one of the doctors for further study.

The night after Cochran’s burial, the Lanes were awakened by loud knocks at the front door. They looked out the window and saw the dead man standing on the doorstep, vacant eyes fixed in his pallid face. Again, his gaunt fist struck the door, demanding that he be admitted.

A moment later, the family heard footsteps downstairs. No sooner had Mr. Lane started down the hallway to investigate than the translucent form of John Cochran shuffled toward him. In sepulchral tones, he demanded the return of all his body parts.

Every night thereafter the Lanes were visited by the ghost of the disassembled Mr. Cochran. Finally, Lane demanded that the physician return Cochran’s organs for burial. This was done in the presence of witnesses. The corpse was appeased and kept to its grave.”

The Postman by Carl Spitzweg

It is here! It is here! The News Post! It is almost as good as receiving uplifting snail mail with your named scrawled upon the front. Again I have searched high and low (but mainly on the internet) for headlines which would be of interest. Luckily, I  found enough, so I actually had to edit it down to the Top Eight. Due to October hosting All Hallow’s Eve, I made a point to include a creepy bit of news. Pirates even make an appearance. However, there is abundance of the amusing and thought provoking random articles you have come to expect; such as the Queen’s underwear and it’s not quite on par with Victoria’s Secret; a jaw-dropping residence, from immigrant to Countess and time travel; sort of. The jewel in the crown is the slightly modern bit ‘How to Dress Like an Englishman.’ For the Ladies of Vicky A; your Benedict is photographed for your viewing pleasure.