For those curious as to why my scribing has been a bit sporadic the last two weeks, my computer was infected.– It is now fixed and ready to work! So on to the last post of August (where did this month go?!) . . . The pre-published titles, y’all eager anticipate every month! Last month I had a dearth of a selection to work with, but this month is quite the opposite! I had to edit it down to ten and six titles! As always, eight fiction titles and eight non-fiction titles. All blurbs come from the Baker and Taylor Forecast publication. Again, I have not read any of these books, so I cannot offer promotion or negation of any kind. I included the ones I found most interesting. Each of these works take place around the 19th century, all over the world. Get your pens ready to fill out a “suggested purchase” slip for your librarian or local bookstore. In no particular order, your monthly selections are . . .

A reimagining of Jane Austen’s Pride and Prejudice from  the perspectives of its below-stairs servants captures the romance, intrigue and drama of the Bennet household from the sideline perspective of Sara, an orphaned housemaid who becomes subject to the arrival of the militia and the attentions of an ambitious former slave.

A brilliant literary debut, inspired by a true story; the final days of a young woman accused of murder in Iceland in 1829.

In 1885, wealthy New York socialite Beret Osmundsen investigates the brutal murder of her estranged sister Lilli, entering a dangerous world of prostitution where she discovers the truth about the sister she couldn’t save, exposing the darkest side of Gilded Age ambition in Denver in the process.

Struggling to support her family in mid-19th century New York, writer Frances Osgood makes an unexpected connection with literary master Edgar Allan Poe and finds her survival complicated by her intense attraction to the writer and the scheming manipulations of his wife.

During the 1879 trial of Standing Bear, Lisa Dupree has a secret Sioux heritage that she just can’t betray once her aunt is imprisoned by the government, and she catches the eye of D.A. Zach Spencer, who is uncomfortable having to prosecute the case against Standing Bear.

The Signature of All Things by Elizabeth Gilbert

The best-selling author of Eat, Pray, Love traces the multigenerational saga of the Whittaker family, whose progenitor makes a fortune in the quinine trade before his daughter, a gifted botanist, researches the mysteries of evolution while falling in love with an utopian artist against a backdrop of the Age of Enlightenment and the Industrial Revolution.

The Spymistress by Jennifer Chiaverini

Pledging her loyalty to the North at the risk of her life when her native Virginia secedes, Quaker-educated aristocrat Elizabeth Van Lew uses her innate skills for gathering military intelligence to help construct the Richmond underground and orchestrate escapes from the infamous Confederate Libby Prison. By the best-selling author of Mrs. Lincoln’s Dressmaker.

The Secret Daughter of the Tsar by Jennifer Laam

This alternate history of the Romanov family interweaves the stories of three women–Veronica, an aspiring historian living in present-day Los Angeles who is searching for the true heir to the Russian throne; Lena, a servant in the imperial Russian court of 1902; and Charlotte, a former ballerina living in World War II.

A striking exploration of the formative years in FDRs unparalleled public career, when he was assistant secretary of the Navy during World War I.

The Shining Sea: David Porter and the epic voyage of the USS Essex during the War of 1812 by George C. Daughan

Catalogs the historic voyage of Captain David Porter on the USS Essex in 1812, which took him to exotic locales in the Pacific Ocean and recounts how his obsessive quest to find a British man-of-war cost many lives.

Book of Ages: The life and opinions of Jane Franklin by Jill Lepore

A revelatory portrait of the founding father’s youngest sister, Jane, draws on correspondences, artifacts and recently discovered portraits to reveal how in spite of obscurity and poverty she was, like her brother, passionate reader, gifted writer and shrewd political commentator who made insightful observations about an early America.

Historians and novelists alike have described the vigilantism that took root in the gold-mining communities of Montana in the mid-1860’s, but Mark C. Dillon is the first to examine the subject through the prism of American legal history, considering the state of criminal justice and law enforcement in the western territories and also trial procedures, gubernatorial politics, legislative enactments, and constitutional rights.

The Family: Three journeys into the heart of the twentieth century by David Laskin

Traces the history of the 20th century through the story of an extraordinary Jewish family, recounting how the author’s 19th-century ancestors were separated by period upheavals in western Russia and went on to become the founders of the Maidenform Bra Company, pioneers in the contentious birth of Israel and victims of the Holocaust.

Focusing on the broken friendship between Teddy Roosevelt and his chosen successor, William Howard Taft, a Pulitzer Prize-winning historian revisits the Progressive Era during which Roosevelt wielded the Bully Pulpit to challenge and triumph over abusive monopolies, political bosses and corrupt money brokers only to see it compromised by Taft.

The co-author of the best selling, Mao: The Unknown Story presents an epic portrait of the 19th-century empress that provides coverage of the coup that rendered her regent after her father’s death, her defiance of centuries of tradition and formalities and her role in  introducing Western political ideals and technologies.

Colette’s France: Her life and loves in the landscape of the heart by Jane Gilmour

A sumptuous illustrated portrait of the lively and often controversial life of the early 20th-century French writer, artist and intellectual is told through the places she lived, worked and loved, from Burgundy and Paris to Brittany and St. Tropez, while offering insight into how her achievements reflected the Belle Époque artistic period.

The other day, I came across a delightful link, I must share with you. It shows an interactive reading history of our dear sixteenth president, Abraham Lincoln and his family. All titles were checked out from the Library of Congress during his presidency. Popular literature of the day? Check. Poetry? Check. Drawing books? Double check! Religious tomes? Of course. Dry political readings? Naturally. There is no “self-help” book in the bunch. Not one “How to Win Friends and Influence People” or “You Say Tomato, I Say Shut Up.” It is amusing to note a volume on the history of America was checked out, as was a biography on ol’ Abe, himself. I suppose this is the Victorian equivalent of Googling one’s self? 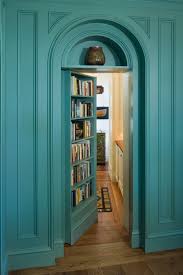 There is nary a librarian or book lover who has not entertained the idea of stumbling upon a secret library. Often these reclusive rooms hold mystery, fantasy, and otherworldliness. For some odd reason or other, secret rooms of any kind, whether used for torture or pleasure . . . or a bit of both, have covert entrances in the library. Why do you suppose that is? Is it because a personal library evokes the benign or is it simply a place one does not often traverse?. . . I wonder . . . What is more compelling than a personal secret library? A public one! Hidden in plain sight in the city. Harboring all sorts of mysterious cartography– A fine place to begin an epic quest!

Pole: (n) 1. A long slender cylindrical wood or metal 2. The lane of racetrack nearest to the infield; the inside lane 3. Each of the extremities of the axis of the earth or any spherical body 4. A native or inhabitant of Poland

Pull: (v) The opposite of push

Poll: (n) A sampling or collection of opinions on a subject; in other words; this thing:

Girls from the North London Collegiate School Swing around a Gymnasium–And you thought your P.E. uniforms were hideous?