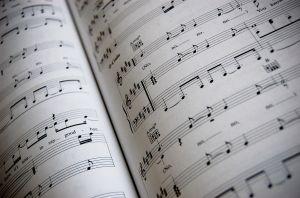 The First Noel was first published in 1823. It has an intriguing origin story. It was supposedly created in the 1500s by a peasent in the Cromwell region of England.

The song was spelled in the Anglicized version The First Nowell from the French Noel. Noel means “Christmas time” but itself is derived from the Latin natalis meaning birthday. However, Noel implies French influence prior to 1500s. For those unfamiliar with English history, this predominance of French culture on English soil began with William the Conqueror around 1000 or 1100 AD. William was known for building castles and cathedrals, aside from mass conquest. It was an English peasant from one of parishes of King William’s cathedrals who “composed” the music and lyrics to a traditional English tune.

This nameless illiterate plebian did not write the notes nor pen the words, but created the music from his heart and his crude understanding of His Lord Jesus and His birth. As such there are inaccuracies such as shepherds following the eastern star as opposed to the Wise Men heading west from their eastern shores; which is apparently a source of contention in academic circles. The First Noel was traditionally sung at the lighting of the yuletide log. It has long been said the song endures for it jovial but lowly tune, the very essence of its creator for his Savior.