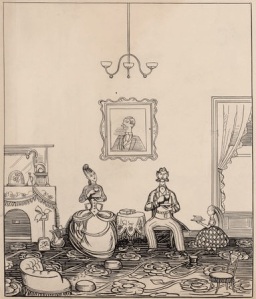 It has finally come to pass! 2012 is drawing to a close with a huzzah of jubilation! While some of us are thankful for the  hope and a fresh start, others are happily moving forward. Aside from the bonfires, galas, festivities and flow of champagne, I shall be drawing up my Annual Plan; a new tradition that began last year. It is similar to resolutions but more of a schedule. Besides, you know what they say about resolutions; In one year and out the other. As such, my beloved blog is also in the plan. Excerpt from my 2013 Annual Plan:

It irks me I am unable to include audio clips and media. I will not complain any longer and take action for the desired result.

B. Use of primary sources

Taking my own advice, I fully intend to reach out to those organizations with holdings in primary source documents. In fact, I have contacted a few places with successful results. Look for them in
up-coming posts!

There is Bloggers Code about reciprocity; commenting, liking, and following others efforts. I actually do visit and read, but now I shall voice it. I am also making it a priority to respond to your inquires and musings weekly.

I live for the element of pleasant surprises! It keeps the company guessing. I have a few ideas for the 19th Century Modern that I hope to implement when the time is right.

Cheers to the New Year! Stay safe my dear readers! 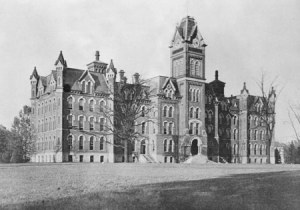 M Academy for the Historically Gifted

It slipped my mind, many months past, I discovered there is such a thing as a degree in all things Victorian! It is often called a degree in Victorian Studies or 19th Century Studies. Some colleges offer Bachelors of Arts Degree while other universities have it as an emphasis in Masters or Doctors Degree programs. Most of the colleges happen to be in England, but nevertheless, is it not the most delicious news you have heard?!

Vassar College is the most prominent school on this side of the Pond that offers a Victorian Studies emphasis. While I am sure the courses are demanding, it does not mandate a host of credits to complete. However, the realization such a thing exist has me fantasizing of  my own Victorian Studies degree program might be like. . .

END_OF_DOCUMENT_TOKEN_TO_BE_REPLACED

No, not that seat. Heavens no! Not that chair either. No, you shall sit at the other table furthest from the hostess with the other plebeians of your kind. Does this sound awfully rude to you? Have you ever felt slighted at a seating arrangement at a dinner party? Or worse yet, due to the pelle melle nature of contemporary seating, have you wondered how you happened to be seated at the table with the most uninteresting of human specimens?

END_OF_DOCUMENT_TOKEN_TO_BE_REPLACED 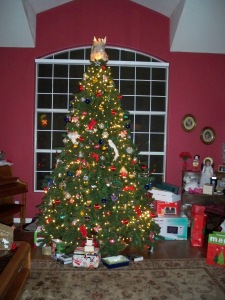 Ah! Christmas, the joyful chaotic festival of merriment! This was the first Christmas My Suitor and I joined each other’s families for the holiday. On the eve of Christmas, I made the journey to his town. My Suitor’s family indulges in Hispanic and their own family traditions. The atmosphere was casual and the feast laid out on enormous table to seat twelve. There was tamales and menudo, potato salad and an array of finger foods. At the conclusion of the meal, the company was lead outside to a bonfire on the premises as we awaited the arrival of our last guest. It was beautiful, albeit very nippy despite the roaring flames. Once the last guest came in, the company returned to the drawing-room to stage a Christmas play.

This is typical for the family of performers and the pageant included everyone as well as a quartet of singers. I was cast as the Virgin Mary, My Suitor, as Joseph and the Christ Child played by a bundled of blankets of which I pantomime the motions of a doting mother. The history behind the play stems from the time of My Suitor’s eldest sister at four years of age insisted on having a show about the birth of Christ. The family has preformed many renditions since. Then on to exchanging of gifts! The family partakes in the Secret Santa program, with the drawing of the names on Thanksgiving. There is a budget and other stipulations for the purchase of the gifts. I am wholly unaccustomed to a gift budget and found the rules of game limiting and frustrating, but I most certainly did my best! My own Secret Santa happened to be My Suitor’s mother, who did not disappoint in her choices! (See gift list below).

The gift exchange was followed by a gag gift circle of which My Suitor forgot to mention prior to the event. This tradition evolved from his niece’s penchent of giving others silly presents. His mother, ever the helpmate, pulled me aside and assisted me with some of the items found in her home. A story was told with words “left” and “right” repeated often, the object was to pass the gifts accordingly in a big circle. It was ridiculously silly and rather amusing to delight of the entire assembly. For the curious, I ended up with a hand-made gag gift titled Nag-B-Gone: Because sometimes they just don’t shut up. Inside was the regular dosage, which turned out to be ear-plugs and extra strength which was duct tape! Teehee!

While the family geared up for more fun and games I had to depart, to be sure I was at my parents’ estate by midnight, should I arrive late and turn into a pumpkin!

The next evening was my parents turn to host at their abode. My family is not nearly as active in their entertainment, but we do enjoy dress clothes and a sumptuous meal. We are always formally attired at holiday meals, I made a mention to My Suitor to prepare for the finery. He did not disappoint and looked very handsome. As for me, being a rabid planner, had mentally picked out my attire months before. I wore my emerald-green (2013 color of the year!) cocktail dress, ruby pumps, my enormous ruby necklace, the gold bracelet my mother gifted me, and a sprig of holly in my hair. 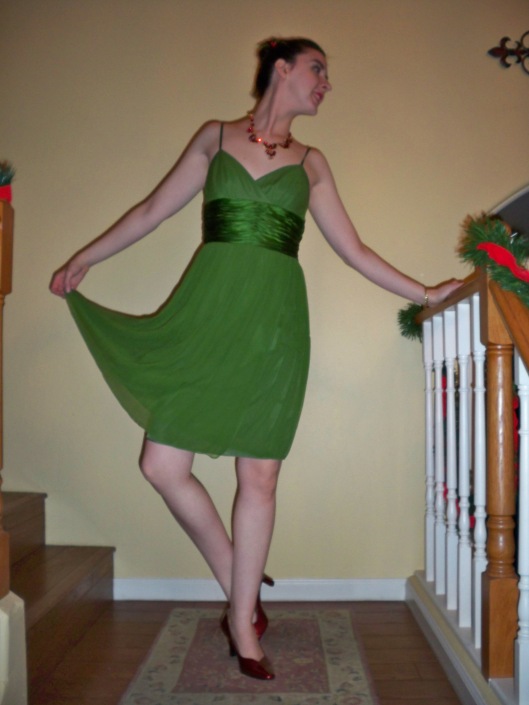 Dinner was prepared by brother who happens to be a gourmet chef and his two sons. He opted for 22 lbs of roast and a hock of ham, with two types of home-made potatoes; one traditional garlic mashed potatoes and the other, pumpkin mashed potatoes. Otherwise our fare was rather traditional. Prior to delving into the spread, even before the blessing, My Suitor presented my family with his version of the hostess gift; the gift of song. My father joked, My Suitor was just singing for his meal. He sang a moving a capella version of Mary, Did you know? Then the feast and conversation flowed until the crowds dispersed.

Christmas morning, and still in night-clothes, my family opened gifts. Some of them were perplexing, but appreciated:

I hope everyone had a Merry Christmas! 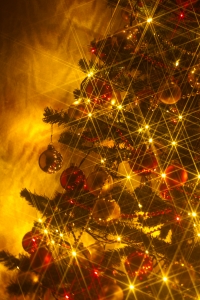 Christmas has finallly arrived! My gift to you is this copy the menu from Queen Victoria’s Christmas Dinner at Windsor Castle in London England, 1899. The menu, printed in French as customary for the British Royal houses, displays the culinary delights of French and historic British pagan fare. Note the Queen preferred a much similar five course meal, as opposed to some members of the artistocray who made a large show of some twelve course dinners. Traditionally the main course would be goose, as the century progressed it was interpreted as turkey. The menu below is translated from its original French with explainations as needed).–I assure you our Christmas reportoire is not quite as exhilerating, but certainly delectable. Although, I yern to create a modern interpretation of this menu someday sans so much meat.